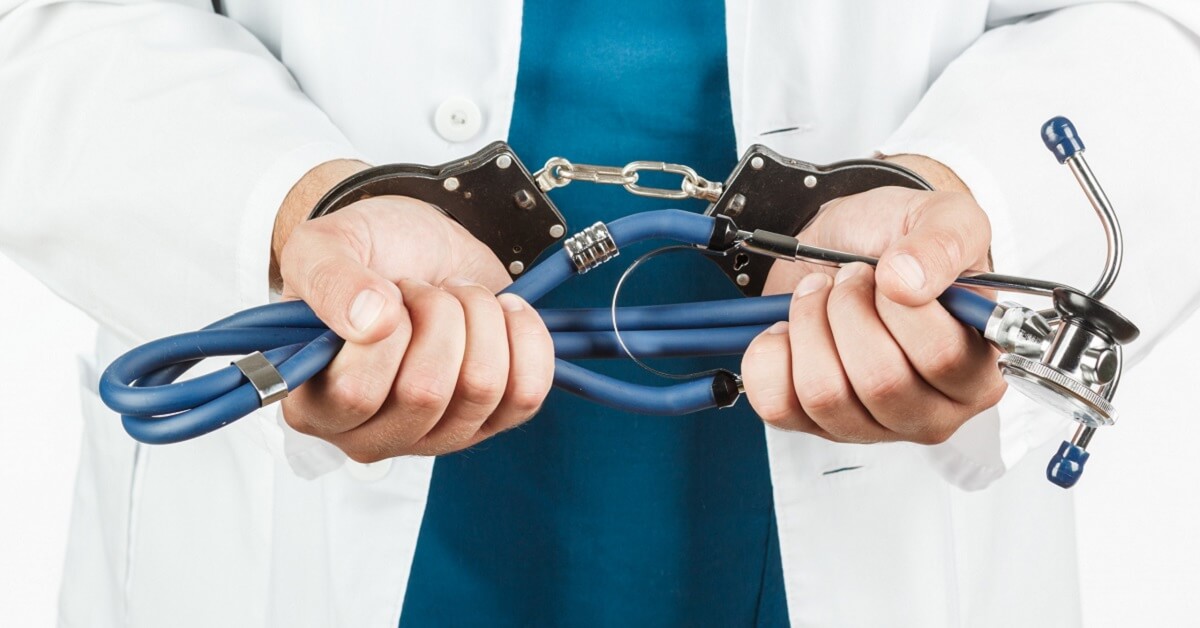 The medical industry has been affected by scams and fake medical bills for ages and till now there have been no easy solutions for the prevention of manipulation and tempering of such issues at the receiver’s end (i.e. hospitals and providers) or the processors’ end (i.e. insurance companies). The Healthcare industry needs a quick solution that would ensure the processing of fake medical bills and authenticate that the fake claims are rejected.

Currently, the health sector manages the process manually which is time taking, expensive, error-prone, and tedious. The United States medical industry has lost hundreds of millions of dollars each year due to fake billing and scams. This happens because of a plethora of regulations being written over more than 45000 pages which provide unlimited opportunities for loopholes that bring in chances for scams. Here are five types of scams and frauds in the medical billing that are spotted mostly and details on how to avoid them.

Suppose a patient visited the hospital for a sprained ankle and received treatment for it but the hospital billed the insurance provider for the treatment of a broken ankle. Has this been manipulated or happened by a mistake?

This scam would be called ‘upcoding’. Because the provider has to attach the CPT code list with every claim to show each procedure and treatment performed. These codes depict how long or short the subsequent bill should be for the rendered treatment.

Many insurance companies deal with a range of hospital and provider bills on a regular basis, they are computer organized, and this is why many common mistakes of coding are often overlooked.

Dallas University of Texas Southwestern Medical Center paid around $1.4 million to settle the claim against the allegations of fraud in Medicare and Medicaid bills. This lawsuit in 2007 acted like a whistleblower and brought the fraudulent practices to light. However, the medical center did not accept the allegation but had to settle the case and pay the amount to waive off the allegation which is possibly a mistake.

CEO of CRTMedical.com stated that;

“One of the most common types of billing fraud has to do with services being billed that were not actually performed.  This type of fraud impacts the cost of health care because it drives up the cost by the mere fact that the charges are not justified but there are also millions of dollars spent each year tracking and finding this fraud and stopping it from happening.  The Government in the past 3 years has put in place RACs (Revenue Audit Contractors) who are paid a % of any fraudulent or incorrect billing practices.”

A practice that had to pay the federal government $2.5 million over claiming hundreds and thousands of bills for the treatment that had never happened. Maryland orthopedic also doubled the payments for services like X-rays and scans to get a higher number of reimbursements.

These kinds of claims not only affect the cash flow and policies of the federal government but also affect the overall liability of a patient in health insurance. The financial claims show the services that a patient had received and thus influence future treatment.

Inflated bills are a form of overcharging for the treatment to insurers. Linda Burdick, Chief Assistant State Attorney, said that she felt that she had received an inflated bill of $60,000 recently after back surgery to her insurance. She hired financial issues investigators and found that the bill was inflated for things like 6 surgical screws worth $1,750 each.

According to Liz Osborn, a healthcare bill navigator, “I’ve never seen a hospital bill that I thought followed all the regulations correctly. Not once.” The hospital couldn’t defend itself, however, meekly claimed that there was “no evidence of overcharges in her bill” but are “willing to correct any mistakes.”

For everyone who receives medical treatment must review the bills and mistakes for over and double charging mistakes from hospitals.

This scam happens when hospitals charge multiple procedures separately when they are supposed to be in a package deal and submitted altogether. This separate procedure of billing makes an apparent high charging invoice.

Unbundling is also referred to as ‘fragmentation’ and is a form of up coding. These higher billing scams usually affect patients with insurance from Medicaid and Medicare. This is because they are the systems that offer special packages mainly on the procedures that patients often are prescribed such as lab tests and scans.

Recently, Genesee Valley Cardiothoracic Group settled for a $2 million alleged lawsuit for submitting claims for ‘assistant attending claims’. The settled amount of $ 2 million went to the federal government after the claim received a false verdict. This is because according to the rules of Medicare when the qualified cardiothoracic surgeon is present at the time of surgery, assistant attendees or assistant surgeons are not required and cannot be billed.

The first thing that you must know about self-referrals is that it is illegal. Self-referrals mean that you refer yourself for a surgery or procedure that your patient needs in order to get compensation. The law makes it illegal for the providers to self-refer to prevent unnecessary procedures which promote excessive use of resources and eventually they make more profit.

Fortunately, the medical industry is widely self-regulating. Many times it becomes an obligation for a physician to report if they see a provider/physician/hospital engaged in scams and frauds. In addition, if they see that patients are in immediate threat, they can report that incident to the state licensing board or medical community for instant action.

Even if you are at a receiving end (patient) having a firm belief that your healthcare provider is involved in unethical or illegal behaviors, you must lodge a complaint that can either improve the quality of healthcare or clear the clutter that made you believe the process in the first place.

Find your state health department and reach out for help in cases of reporting scams and fraud when you witness it.