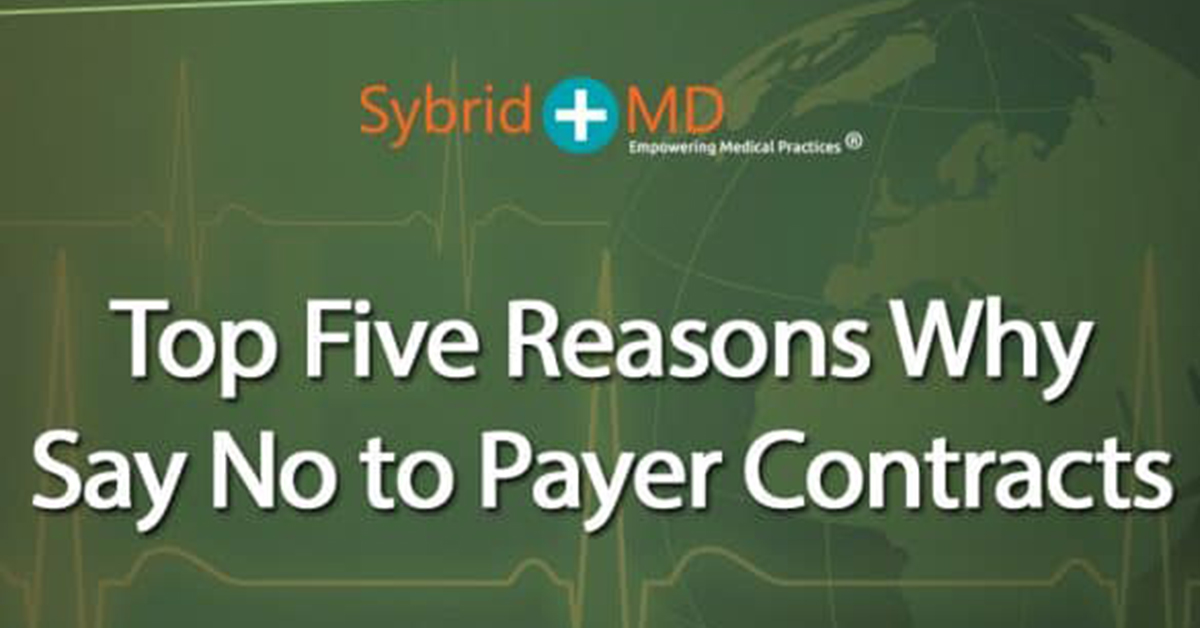 The payer contract is not just a fee schedule and as such there are many factors which have to be kept in mind when deciding whether to keep or terminate the contract. In fact, the fee schedule is usually a secondary consideration when you do decide to terminate a payer agreement. The top five reasons why you should consider renegotiating or terminating an agreement is mentioned below, alongside the payer report card.

The Overflowing of Appointment Schedules

When you have plenty of patients to see but do not have enough time to see them all, then you need to leverage with those who pay the most or at least make up 5% or more of your revenues. Those payers who pay the least or those who are more of a pain to see should realize this way that they need you more than you need them. Whichever issues you have with them, make it their issue, whether it is high denial rates, lengthy credentialing or low fees. Such issues should be addressed as per your needs and requirements if they still want to remain in your network.

The incentives may be opposing when it comes to credentialing the new providers. As soon as a practice can have a provider credentialed, the sooner it will be able to have their bill paid. Similarly, the more time it takes for a payer to get credentials for a provider, the more money they end up saving as the practice may not be billing them for the services which are delivered by a practice that is not credentialed. Your practice may end up losing thousands of dollars due to credentialing delays in case your state does not have the credentialing regulations. The best idea would be to make it an issue with the payers and share your expectations before getting a new provider and do let the representative of your provider know beforehand that their performance would be considered in the next renegotiations.

Some of the payers may be smart and sneaky when it comes to arbitrary or automatically downcoding the E/M services. The level 5 services may be downcoded and paid for at the prices of level 4 and the level 4 services may be paid at the prices of level 3. One must consider that the level 4 office visits would generally be paying at least 45-55% more than the services of level 3 since they are probably new and established. This may not happen often but there may be a possibility and when it does happen, you should call the payer right away as such behavior is egregious and you can even consider terminating an agreement over this unwarranted downcoding.

You will surely find that there are some payers which deny more claims than others. You should take information from your staff regarding this trend and ask them to show you the first pass denial rate for your payers. This basically means that is the percent of the initial claims that were submitted to each payer that has been denied. As such, a payer who is denying more claims would mean they are cutting into your bottom line because a claim which is denied means more work by your billing department. When you do see the denial rates, you must also check why these claims are being denied and then you may end up finding certain patterns like, incorrect or incomplete registration which are matters that can be improved internally.

This section can be complete without mentioning the Payer Report Card, which is a highly useful tool. This is very important when it comes to payer negotiations and has even led to reimbursements and sometimes even in the termination of a bad agreement. To put simply, the Payer Report Card can be seen as more of a template which is very useful when it comes to ranking the payers on the basis of either an ‘A’ or an ‘F’. Moreover, there is also a column where comments and details about the payer can be added as to why they are liked or disliked. You can ask your clinicians or the employees to rank the payers based on their opinions of them. The results may be subjective, but it helps the team inform you about which payers makes it hard or easy to provide good care to the patient and get paid. Fees are always very important but if there is under-performance by a payer it would over shadow it. As such when making the decisions about the payer agreements, it is very important to see what impact it may have on the top line as well as on the bottom line, keeping these considerations mentioned above in mind.