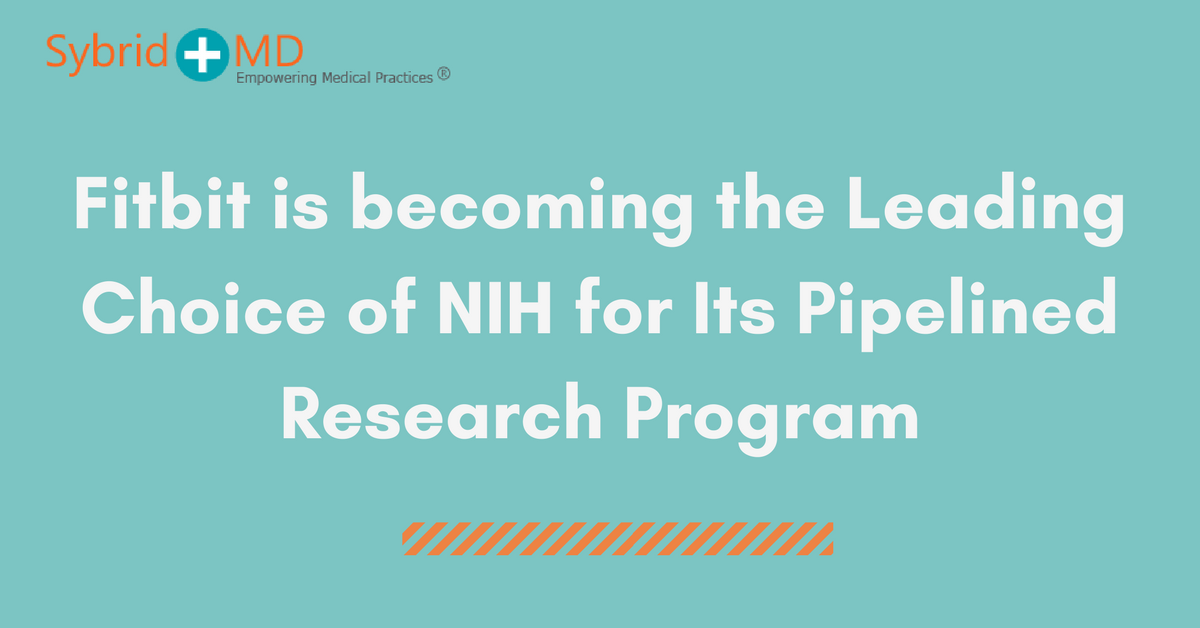 Fitbit is an American organization located in San Francisco and is well-known for its useful products such as activity trackers, wearable devices without wires. For instance, the steps are taken while walking, the rate of the heart, sleep quality, steps during climbing and other individual metrics tracked up by the fitness apps. With the help of numerous useful gadgets and devices, Fitbit is helping people across the globe by making the tracking process more efficient, better and convenient. Fitbit is turning out to be the much-loved wearable manufacturing company in the world of medical research. It produces attractive looking warble devices which appear as accessories or implants to measure or track numerous kinds of metrics related to fitness. Fitbit Inc. is making sophisticated trackers for measuring the activity of wristbands which are grabbing the attention of the National Institutes of Health (NIH). These trackers have been incorporated by NIH for its biggest research program. The program ‘All of Us’ introduced by NIH was put forward in 2015 to assist the investigators for improved learning for precision medicine which is regarded as the way by which the genes, surrounding and lifestyle of individuals put an impact on their health.This program is intended to acquire genetic information from partakers and incorporated wearable gadgets to measure metrics related to health. NIH chose Fitbit for its primarily pilot program which is undertaking the use of wearable health trackers. This program is targeting about a million of Americans to be a part of their research, for this reason; NIH has ordered 10,000 Fitbit gadgets to be worn by the participants. NIH opted for the devices made by Fitbit due to its expansive suitability as well as due to the tendency of its devices to remain activated for quite a few days. The goal of all of these research programs by NIH is to speed up the researches related to health and medical advancements, making possible personalized preclusion, healing and care for every individual of America. Fitbit is putting all of its possible efforts to thrive in this competitive environment as being the best health organization providing fitness-related wearable and trackers to the market. It is trying to be recognized as an efficient fitness company whose health devices are capable enough to identify particular health-related conditions such as atrial fibrillation, sleep apnea, etc. The wearable devices will contribute to gathering a considerable amount of significant and useful information. It is going to assist in learning the patterns of sleeping as well as about the resting heart rate of individuals. Fitbit is the preferred choice of NIH due to its excellent contribution to the medical and healthcare industry with the help of its exciting and useful gadgets. Also, Fitbit has conferred with a number of different awards based on its unmatched performance, for instance, runner-up at TechCrunch50. Furthermore, in 2009, it acquired innovation honoree and best in the Health & Wellness category at CES. Adding to it, Fitbit got 37th rank for being the most creative company out of 50. Moreover, Fitbit marked 46th position in 2016 on the list of Deloitte Fast 500 North America. As an assumption, the incorporation of the devices offered by Fitbit to ‘All of Us’ will be assisting to look comprehensively into the data they are gathering. Anyhow, it also comes with certain restrictions. According to an investigation, it has been brought to light that wearable should only be used for about six months. After this period, such devices provide less accurate data. Rendering to another investigation made last year, the accuracy rate of the Fitbit trackers is 84%.