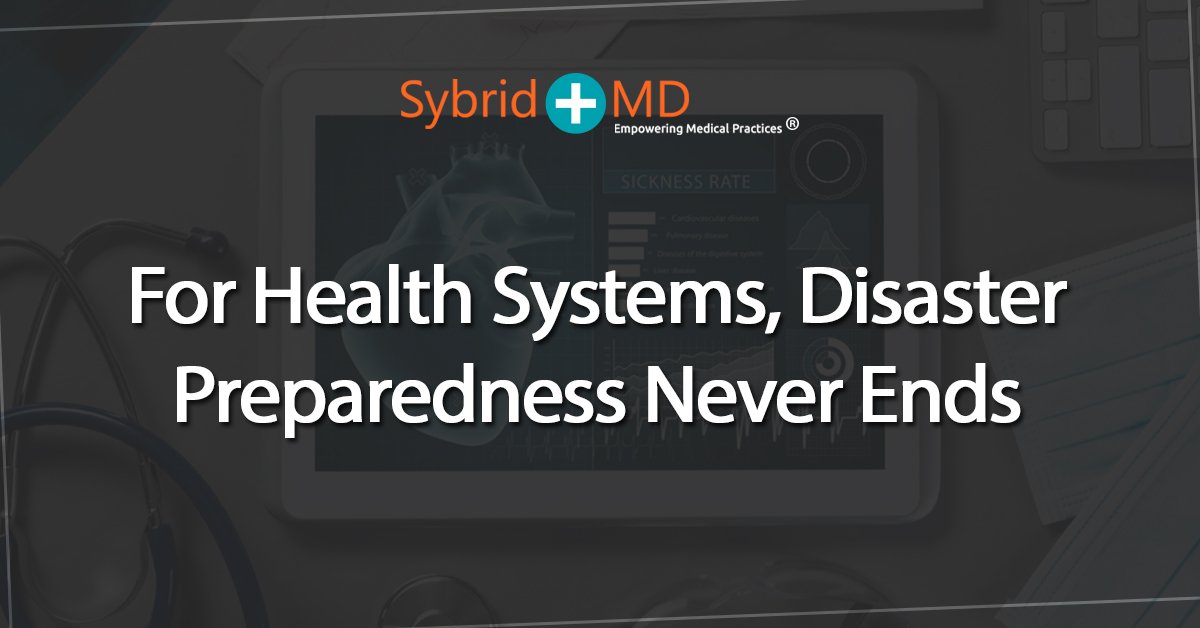 Natural calamities such as the Hurricane Florence have taught us that healthcare organizations must always be ready to deal with such disasters. Hurricane Florence forced thousands of people to evacuate the area and many healthcare organizations and facilities had to cease their activities. Dealing with the injured people during such events is one thing and reaching out to their previous patients is another. Healthcare organizations must decide whether to delay the appointments and surgeries and close their facilities until the disaster is over. Whatever the decision, one thing is important: to communicate with the patients during and after the natural calamity. The Hurricanes Irma, Harvey, and Maria gave the lesson to healthcare facilities that they must always be ready to deal with the situation and communicate with the people. For this reason, VillageMD used an automated messaging system before the storm was going to hit Texas. In this way, thousands of messages and emails were sent to the patients reminding them about their medicines and prescriptions and how to reach the physicians in such situations.

According to Vincent Torres, the emergency manager of University of Miami Health System (UHealth), preparedness is a non-stop process and thus all the healthcare organizations should always be alert regarding the natural calamities. UHealth has more than 30 outpatient facilities and three hospitals in Miami and according to them their activities never cease. Though the elective operations, cases, and nonessential surgical operations are delayed during a storm or a disaster, other facilities don’t come to a halt. Healthcare organizations also help the residents to evacuate if necessary and provide transport facilities to them. Bon Secours health systems had evacuated their facilities when Hurricane Irma hit, and they helped the wheelchair-dependent patients to evacuate. The officials of Bon Secours told that they had supplies for one week and overall the evacuation was done successfully. However, officials are still of the view that they have learnt a lot and need to improve their coordination more.

When it comes to disaster management, there is no such thing as over-communication. Dan Peter, the chief administrative officer at Sutter Lakeside Hospital in Lakeport, California, says that communication was the first thing on his mind this summer. When the huge Mendocino Complex fire erupted, he spent almost two weeks in a temporarily closed facility. During this period, the officials transferred patients to other medical facilities and the executive team would go on the roof and keep a check on the fire. Everbridge, a mass notification system was used by the staff during the Boston Marathon bombings and the Hurricane Sandy. According to this communication system, texts and emails were sent to people and the staff also kept people updated through social media. While Peterson wasn’t on fire patrol, he used to communicate with other healthcare personnel that were present in shelters and temporary facilities. The staff also coordinated with the patients through mobile and EHR systems to make sure the patients are informed about the situation. According to Peterson, they had to make sure that the patients’ prescriptions were refilled and that they were going to continue their therapies too.

Lessons learnt from the calamities:

According to the healthcare organizations and facilities, the most important thing to be prepared for a natural disaster is long term planning. The country has faced too many hurricanes last year and that forced multiple hospitals across the country, especially in Texas and South Florida to shut down services and operations and evacuate the patients on a temporary basis. This is because the disasters and storms caused many problems such as power outages and the backup generators weren’t enough to cope up with the situation. In such a situation, patients who are already admitted and those who come in due to injuries resulting from the disaster can be dealt properly. This can increase the number of casualties and result in a big loss for the nation. Due to power outages, at least 8 people succumbed to the heat and died in a sweltering summer in Hollywood. Many nursing homes in Florida lost air conditioning and power. This taught a big lesson to healthcare facilities everywhere. Thus, healthcare facilities are making arrangements for additional medication, food, water, and generators to handle emergency situations. Staffing and more security personnel are also added to the facilities so that they provide timely support and care to the patients during and after the disaster. On November 15, 2017 an Emergency Preparedness Rule was proposed by the Centers for Medicare and Medicaid Services that covered a complete range of the things that should be addressed by the health care organizations. These rules include everything starting from risk assessment, planning, disaster management, communication, and training for the natural calamities.