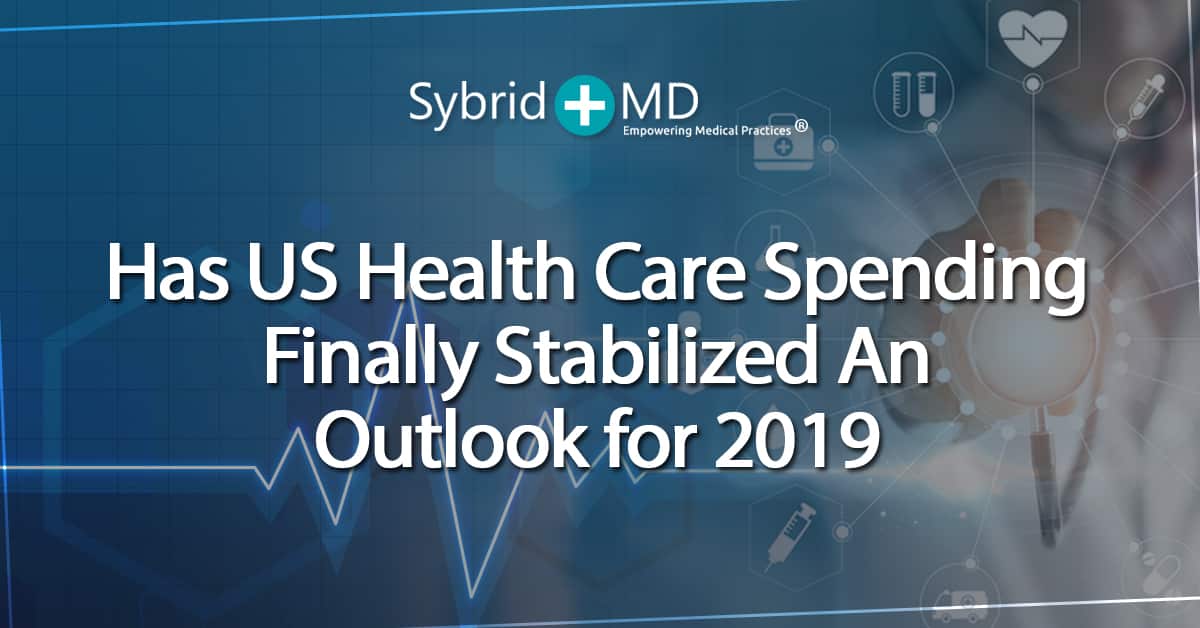 According to the official 2017 statistics from the U.S. Department of Health and Human Services (DHHS), the yearly health care spending growth rate has been decreasing and is at 3.9%, whereas it was 4.3% in 2016 and 5.8% for 2015. The current rate has been the lowest since 2013. However, the downside is that the health care expenses keep on increasing, and a total of  $3.5 trillion is spent in this sector of economy, which is twice as much the US economic competitors are spending on their health care practices.

Can the rate of health care spending decrease further in 2019, and if it still grows, can it be at a slower pace as compared to inflation? Or should we expect to see an increase in the total health care expenses?

In order to make educated predictions, we must analyze the biggest consumer areas of health care spending in America.

1)  Private Health Insurance costs ($1.2T in 2017) grew 4.2%, 5%, and 6.9% in 2015, 2016 and 2017 respectively. This increase is greater than the total health care expenditures. Whereas, in the last 10 years, private health care insurance at 40% increased less as compared to total health care spending. So, we can expect to see a little stability in this sector but no noticeable change in the patients’ out-of-pocket costs, discounts etc.

4)  Hospital spending ($1.1T in 2017) and Physician and Clinical Services costs ($694B in 2017) have increased along with the total health care costs, in the last 10 years as much as in the last few years. The pricing power of health care delivery providers grows with industry concentration and we can expect to see the expenditure in this sector to grow along with total health costs.

6)  Drug Costs: Drug costs have increased more than the total health care spending in the last 10 years. As compared to other developed countries, Americans spend twice as much on drugs. Expenditure on prescription drugs in pharmacies only increased at 0.4% in 2017, at $333B, and 1.2% in 2016. However, due to certain measures such as Trump’s plan to import pharmaceuticals at low price in specific sectors of Medicare can lead to a decrease in patient expenditures on prescription drugs.