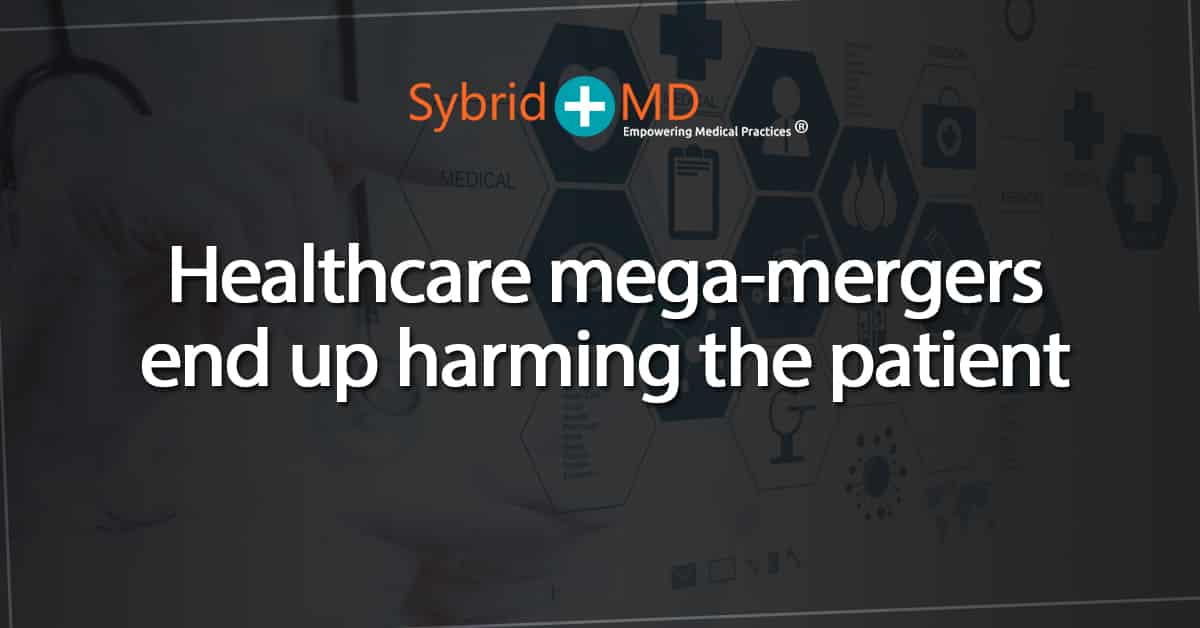 The general rhetoric that surrounds mega-mergers of hospitals and related services is that it will bring many benefits to the patients who utilize these services. The benefits include lower costs for procedures, tests and medication, a significant improvement in customer service, usage of more technologically advanced methods and equipment for treatment, and an overall efficiency. But is all this really happening? In search of answers, let’s look at some of the major healthcare mergers of the early 1990s and 2000s. Data shows inflation of prices that hike up to 40% after mergers. How is this possible?

A simple answer is this: When major healthcare enterprises amalgamate, they remove any and all competition that they may face, which forced them to keep their prices lower, their services better and the need to innovate. With that competition now gone, they have no need to do so because they are now the only ones to provide a particular service. This is alarming information due to the recent increase in mega-mergers across the globe. Just within the Unites States, a total of 112 hospital mergers have been announced in 2015. Many experts have already posited that these mergers can do serious harm, as the average price of a stay at a hospital will reach shocking highs. Insurance mergers are also quite similar to hospital mergers in their debilitating effects as a direct result of loss of competition. Two of the largest insurance enterprises within the States have announced a merger, which means that the total number of insurance companies nationwide will only be 3 instead of the earlier 5. Two more significant mergers are those between Anthem and Cigna and Aetna and Humana that cost around 48 billion dollars and 34 billion dollars respectfully. These mergers are going through antitrust review through the state.

There is even evidence to support that mega-mergers such as these can almost dismantle the smaller party. Aetna’s merger in 1996 with US Healthcare almost swallowed the company whole and destroyed it. Despite claims of revenue forcing hospitals to lower costs, the aftermath showed how incompatible the two were with regards to design and culture. Claiming efficiency as the reason for mergers also creates a legal justification in their wake, protecting the organizations from any legal action that might bring public and political scrutiny to their intentions. Moreover, insurance companies and hospitals use the Affordable Care Act to state that it encourages them to merge for consolidation in both sectors and both parties have to grow together, but healthcare economists beg to differ. They claim that while the act calls for increased collaboration, it can very easily be achieved without merging. Thus, despite hospitals and insurance companies instituting lower prices, the lack of serious competition will not force them to give those savings to the consumers. In short, there is nothing to motivate them to do right by them.

Why Do They Merge?

When looking at the dynamic of these mergers, you may find that they stand to benefit from them in more ways than one. While eliminating competition allows them the freedom to drive healthcare prices up, the mergers also allow leverage over insurers, securing their powerful positions. Even if hospitals merge with enterprises not necessarily within their demographic, a law professor at Duke University, Barak Richman, suggests that because their interests with insurance align, it does not matter if they are far apart. He calls this using a collective bargaining chip. Even the US Department of Justice has been embroiled in investigations that have shown that mergers that force insurers toward a single-entity network will automatically result in rising prices for services.