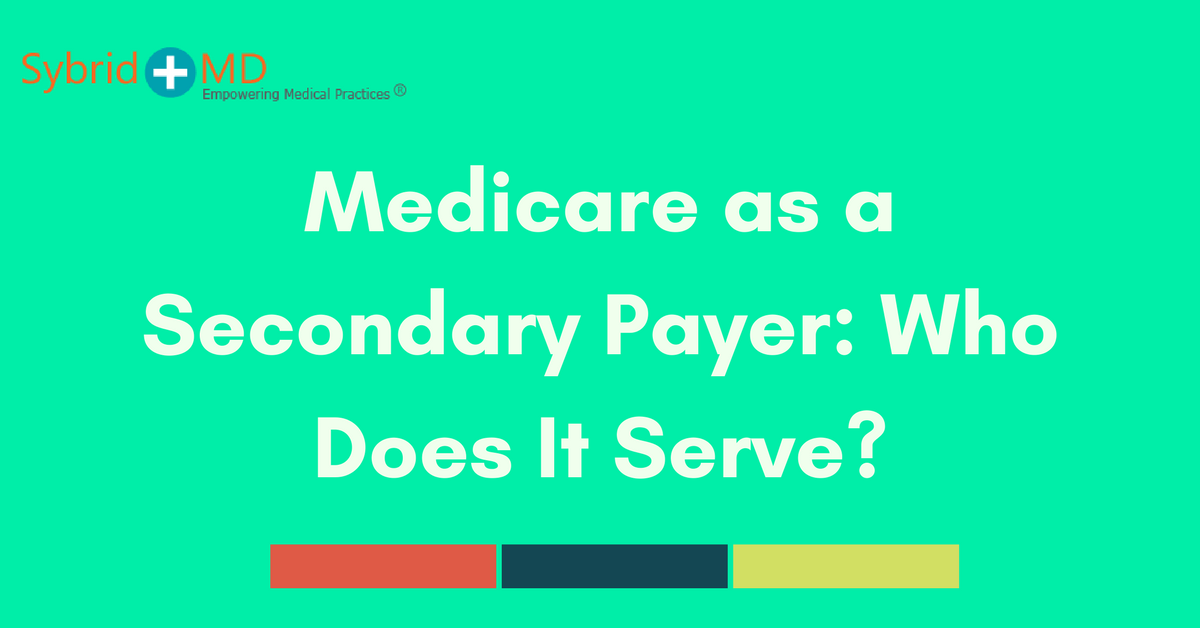 Medicare law has changed quite a lot since its inception back in 1980. Now, the source of payment has mostly shifted to private sources and away from the Medicare program. Currently, it is referred to as the secondary payer of various individuals.

A Rundown of the People Medicare Serves

Currently, Medicare is dubbed as the secondary payer for the following:

A Detailed Look into Those Who Are Compensated by Medicare

Here is a detailed description of each type of individual covered under Medicare, either primarily or secondarily.

Many people who are 65 and older are currently working. These individuals are given health insurance coverage through EGHP or the Employer Group Health Plan. Even if this is not liable, you can still get coverage if your spouse is employed and is covered.

The Case of Poverty Provision

In the case a person has taken the vow of poverty provision, Medicare serves as the primary payer for their health expenses. The credibility and legality of this vow came after the passing of the Omnibus Budget Reconciliation Act 1993. Here, those belonging to members of religious order are exempted from MSP provisions. These people must have taken the vow of poverty. Individuals included are nuns and priests.

Since August 10, 1993, Medicare has become the secondary payer for all those who are under 65 and are disabled. Their expenses are primarily covered by LGHP (Large Group Health Plan). Whether or not they will become eligible for Medicare depends on their current employment status. The same status is seen for their spouses, family members, or any beneficiary.

ESRD refers to End Stage Renal Disease. Medicare is liable to pay for Group Health Program which then covers those who have ESRD. This is applicable during the COB period. It doesn’t matter if you were a current or previous employee; the coverage still stands. It holds until you haven’t filed an application for Medicare about your entitlement. It also holds true if you are entitled based only on ESRD.

Workers’ Compensation Any work-related illness is covered by the Workers’ Compensation. Medicare is a secondary to this as well. If the claim is challenged by the organization and the health service is already availed, the physician is free to bill Medicare. To do so, an application telling that the Workers’ Compensation was challenged should be filed. Veterans Administration A veteran is entitled to Medicare. It is their decision to choose one program or both for their health service payments. If the veteran chooses Medicare as their primary payer, there is no need for them to submit a denial claim to the Veterans Administration. Automobile Accidents All automobile accident and damage claims must be filed with the automobile insurance company. You cannot choose to have Medicare pay for them instead. Medicare only comes into the picture if the insurance company denies your application. No-Fault Insurance No-fault insurance covers your health as well as property damage expenses regardless of whose fault it is. Both homeowners and commercial plans are covered under this plan. Medicare is secondary to these plans. Liability Insurance When you are at fault during an accident, you are required to pay the other party. A liability insurance covers this. While the payments include general and automobile casualty insurance, it also includes state-made payments under the statute of “wrongful death.” Black Lung Benefits Any lung conditions caused by mining are covered by the Black Lung Benefits. Unless a diagnosis proves that a given health problem is not related to or caused by a black lung condition, Medicare is a secondary payer in this case as well.

When the primary payer, regardless of which type they are, is unable to pay, an Explanation of Benefits must accompany the claim before Medicare payments are made. If the primary insurer becomes insolvent, a physician may not collect any payments from them. Instead, they should file their claim.

Medicare might make secondary payments to anyone who is covered under the employer-sponsored Medicare Advantage plan. However, CMS requires providers to submit their claims for secondary payment to Medicare. Since the MA plan pays service providers a monthly capitation fee, the providers do not charge for their services. Instead, the Medicare fee schedule is viewed as the bill charged.

Whenever Medicare is the second payer, you must file a claim to the primary insurer. Your claim will then be processed depending on the level of coverage provided. If the primary insurer does not pay for the full service, you can submit your claim to Medicare. One important aspect of Medicare is the role of the service provider. They are responsible for gathering the correct information about the beneficiary and then bill Medicare accordingly. Any claims that are based on incorrect information are not processed.

Whether Medicare is your secondary or primary payer, rest assured that in reasonable cases, it has your back covered. This makes sure that no one is denied healthcare based on their inability to pay.