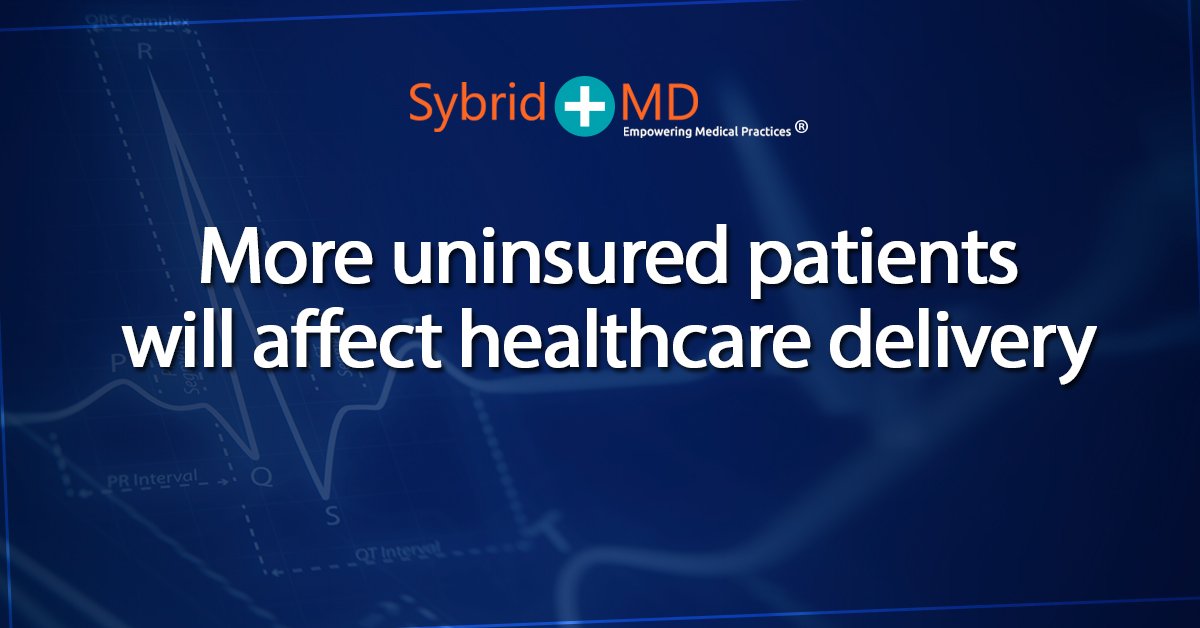 If you had been thinking that the uninsured individuals didn’t impact overall healthcare delivery in the country, it’s time you think about it again! You may not be directly affected by it, but you are affected, just not in plain sight. The uninsured have impacted you and your healthcare costs in numerous ways, and this article intends to show just that. It has been identified that following an increase in the population of uninsured individuals, hospitals have to absorb the cost of providing uncompensated care.

What Does Uncompensated Care Mean?

It is referred to as the healthcare services given to patients who cannot afford to pay for them or are otherwise unwilling owing to lower disposable incomes. Uncompensated care is further categorized into charity care and bad debt, both of which impact insured patients. If the uninsured patients do not pay, who does? Well, all of these costs are then transferred by hospitals to private insurance companies. This is commonly known as ‘cost shift.’

How Does This Impact Healthcare?

The cost shift has far-reaching effects. Firstly, uncompensated care is ultimately paid by private insurers who end up increasing insurance premiums for the insured patients. As a result, the healthcare costs on the insured individuals rise far greater than the impact of general inflation in the country. Moreover, the majority of private health insurance is extended by employers, who end up paying higher premiums. As a result of greater premiums, they tend to reduce other benefits given to employees. If this reduction is not exercised, employees may be asked to pay a greater monthly premium to make up for higher healthcare costs.

What Do Statistics Have to Say About This?

According to economists, in 2001, the total value of uncompensated healthcare services reached $34.5 billion. Uncompensated care made up 61 percent of the value of services used by uninsured patients during the entire year, while 17 percent of the value of healthcare services was used by the uninsured for some part of the year. Hence, a great portion of the healthcare costs is used up by the uninsured, but who ends up paying for it? The insured patients owing to the ‘cost shift’ phenomenon!

Will This Trend Continue?

As rightly pointed out by Dan Mendelson, the President of Avalere Health, the uninsured impose a cost on the overall system. He has also said that with an increase in the number of uninsured patients, it will put a strain on the entire healthcare industry since uncompensated care costs are borne by the state and taxpayers. According to experts, the trend of uncompensated care and uninsured patients is likely to continue in 2019 as well. This will cause people with health insurance to drop out of their insurance coverage in protest. Moreover, if the healthcare costs keep rising due to the cost shift phenomenon, insurance premiums will continue to rise, thereby discouraging more and more people from signing up. However, there is a solution to all of this: if people enrolled in the Affordable Care Act (ACA), the percentage of uninsured patients is likely to go down. Moreover, the trickle-down effect of the cost shift phenomenon is likely to be reduced as a result of this enrollment.

In order to keep things under control, it is advised that the government increase advertising for the ACA enrollment. The greater this enrollment, the more affordable insurance plans are likely to be. As a result, insured patients will consider opting for health insurance services rather than shying from them.