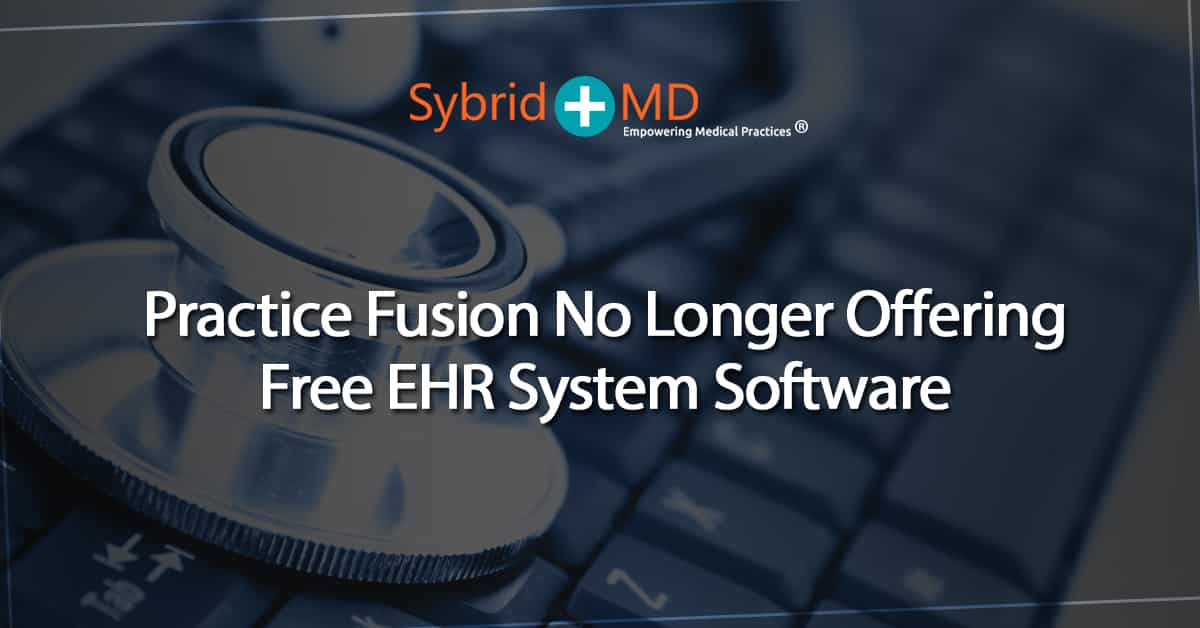 What did Practice Fusion offer previously?

Back when it started, Practice Fusion stood out from its competitors via its value proposition of delivering an electronic record software free of cost to physicians. The business model centered around making money off of ads, which is a popular model these days.

Where does it stand now?

With the recent buyout, things are changing. Now, customers have to pay for the software that was previously delivered for free. To continue using the software, healthcare providers will reportedly be charged a monthly subscription fee of $100. This change is yet to be made public and official. This comes as a shock to the customers of Practice Fusion. After all, the founder of the company, Ryan Howard (Now Ex-CEO), vowed that the company will always deliver its services for free to its customers. However, things were bound to change after his exit from the company over disagreements regarding strategic decisions and poor financial performance.

The EHR System Software: What it is

The EHR system has been quite popular among small and known physicians alike. As per the company reports, the customer base of the product is a whopping 100,000 people. It has been giving both free and paid software of the similar kind a run for their money.

A spokesperson of the company has defended the big shift to a price-based model. According to him, the prices for the services delivered are reasonable and the changes to the model will begin soon, as early as March. These changes come in light of the recent acquisition of the company for a fraction of its estimated value, which served as a shock to some people. There were changes in the management and stakeholders right from the beginning. It was reported that while the top hierarchy got millions from the deal, the common shareholder was largely at a loss.

From Past to Future

Practice Fusion has been quite lucky previously due to the timely legislation which was passed back in 2009. This legislation gave companies like itself huge benefits since the medical community was urged to adopt digital methods of recording via delivering incentives. This allowed the sudden appearance of an array of software developers and record vendors. However, the commonality among them all was that they charged a monthly fee, as well as other charges if upgrades were wanted. The high-end market, which included teaching hospitals, opted for such premium vendors. However, this created a niche of small physicians who wanted a cost-effective solution. This is where Practice Fusion positioned itself. To compete with other vendors, it decided to offer free of cost solutions. This business model may pose a threat to their new model. After all, now other low-cost vendors are viable competitors of the company. Also, people tend to view things that were previously free not to be worth their money. This diluted brand image may deter customers from opting for the subscription package. Instead, they might shift to other options in the market. Time will tell if this insight will come true. The fact remains that Practice Fusion has challenging times ahead. Whether it can channel through it all is something we will have to see.