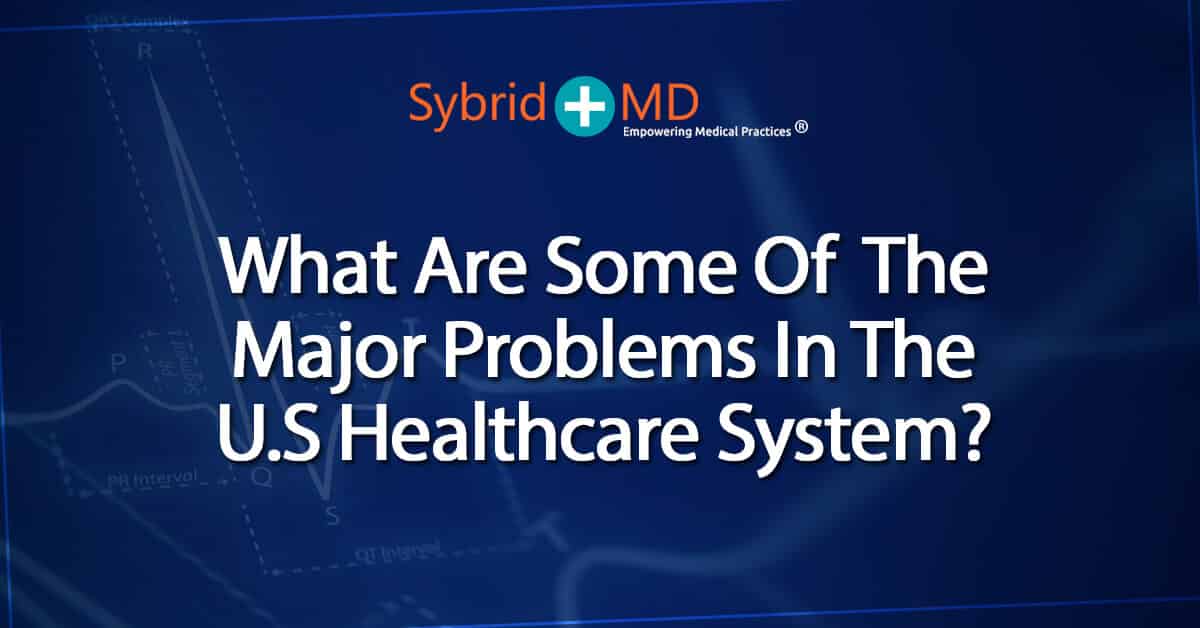 What determines the best healthcare system is how much the country spends on the quality of the health care provided and what are the outcomes of that spending. Moreover, it depends on the availability of healthcare services and obviously how effective it is at keeping the country’s populous healthy. At what cost, what consumers are required to pay, and how employers are contributing to it. The increasing cost of healthcare services is among some of the major problems in the U.S. healthcare system. Apart from all, is there any secure messaging system like Secure Text Messaging HIPAA that can help get effective healthcare information to minimize the cost?

We hear it all the time that Americans pay more for healthcare than any other country. Why is a free market-style healthcare system is so bad at controlling the cost of healthcare in the U.S.? If we analyze the data we would find that the U.S. spends the highest on pharmaceuticals and other operational costs. In a similar way, the average physician earning in the U.S. is almost double the rest of the work.

Then the question arises that when we are spending the highest in healthcare, using the best technologies, backed by the top researchers of the world then what are those problems with the US healthcare system that are pulling the US down in the list of the world’s top countries in healthcare quality list and increasing healthcare issues in America. First, we have to see why healthcare delivery in the U.S. is expensive. With the advent of the unified electronic healthcare system, the cost of care delivery has increased for physician practices.

Physician practices are now required to install new computers with EHR solutions. To maintain the software, sometimes they have to pay subscription charges on monthly or one-time subscription fees to the vendors. Besides, training and induction of the IT-trained staff is also increasing the operational cost. The Healthcare system in the U.S. is different from other countries and so are the problems with healthcare. Unlike Canada where practices are only required to submit the claims to one entity; in the U.S. there are multiple payers of healthcare reimbursements which require an advanced level of medical billing and credentialing services experience or you would get back the claims with objections. To achieve this level of accuracy and skill, physicians are required to hire trained and highly paid staff.

Diagnostic procedures are also expensive in the U.S. Physicians don’t take the risk of being sued on wrong diagnoses and treatments. So they ask for more diagnostic tests as compared to other countries which increase the care delivery cost.

If someone has no insurance then nobody is negotiating on their behalf. They have to pay the charges upfront from their pockets. One study found that hospitals charge uninsured patients more than patients with insurance coverage. That is not the case with other countries and is one of the healthcare issues in America.

In the U.S. the idea that you are a consumer and you will reach out to the best seller to buy the best product in your budget doesn’t work with the healthcare system creating healthcare problems instead. Because neither the consumers nor the government is negotiating the vendor price. It means that vendors can charge increased prices in the absence of a strict price control entity. This is why; the US healthcare system is so expensive than other countries and is among some of the major problems in the healthcare system

Medical bankruptcy is common in the U.S. almost 650,000 Americans go bankrupt every year because of high medical bills. Insurance companies are not in business to make the patients pay less; instead, they are in business to reimburse what they get from the employers or government. The government of the United States is spending on healthcare programs of Medicare and Medicaid about the same size as other countries where the government runs the whole healthcare system.

The absence of transparency

The lack of transparency is one of the major healthcare problems. The lack of cost transparency in the healthcare system is endemic. It all comes down to codes and upcoding is the most common type of fraudulent activity reported. It’s a widespread malady in the healthcare system because it is really hard to track down. If an insurance policyholder wants to find out the cost of medical procedures he had, it is very unlikely for him to get a concrete answer. The insurance companies are also business-focused, they try to get good premiums from the employers but tighten the noose when required to pay back to insurance policyholders. This looks good for businesses but bad for consumers who solely depend on a system that is beyond their control.

The high cost of prescription drugs

This causes healthcare issues in America for the unemployed or uninsured citizens who are to pay out of their pockets. According to the Centers for Disease Control and Prevention (CDC), patients in the U.S. are paying 3 times more the price than in other countries and this is why almost 1 in 10 Americans can’t afford medications. This is why most of the patients belonging to low waged income group ask the physician to prescribe a drug that is less expensive or are taking the substitute treatments that are less expensive and less effective. That eventually leads to recurring visits to higher medical bills because of the recurring visits.

Medical equipment is mostly overly priced in the U.S. and the companies keep increasing the price every year. The government encourages the product to use but makes no effort to reduce the price. This overpriced medical equipment is also increasing the cost of care delivery. Although the healthcare system is the best in the U.S. in many aspects the cost of care delivery is creating problems for the consumers. High-ranking healthcare systems around the world are mostly government-controlled where the government has strict control over the vendor pricing.

However, in the U.S. the price is mostly controlled by the open market competition. Currently, the healthcare system in the U.S. is under a transformation phase which is causing discrepancies at various levels. Due to this, the healthcare system looks more broken than in comparison to other countries. However, government agencies like the Centers for Disease Control and Prevention (CDC) and the U.S. Department of Health and Human Services (HHS) are working vigorously to control the problems with US healthcare system and to set the path right for a better future for healthcare delivery in the United States.